LUDIVINE PABEAU, Sobering down, 2020
The effects of climate change are more and more obvious, not only in our everyday life, but also in society as a whole. Nowadays, wine producers, that are not part of a prosperous economic system have to face great difficulties in order to continue producing wine in a sustainable way. Through the analysis of the territory of Charente-Maritime in France, I wanted to highlight the many problems that are currently putting in danger the very identity of a territory. As a spatial designer, I focused on the ideas of transmission and mediation, to allow this territory to fight and resist.
Ludivine Pabeau_abstract_2020 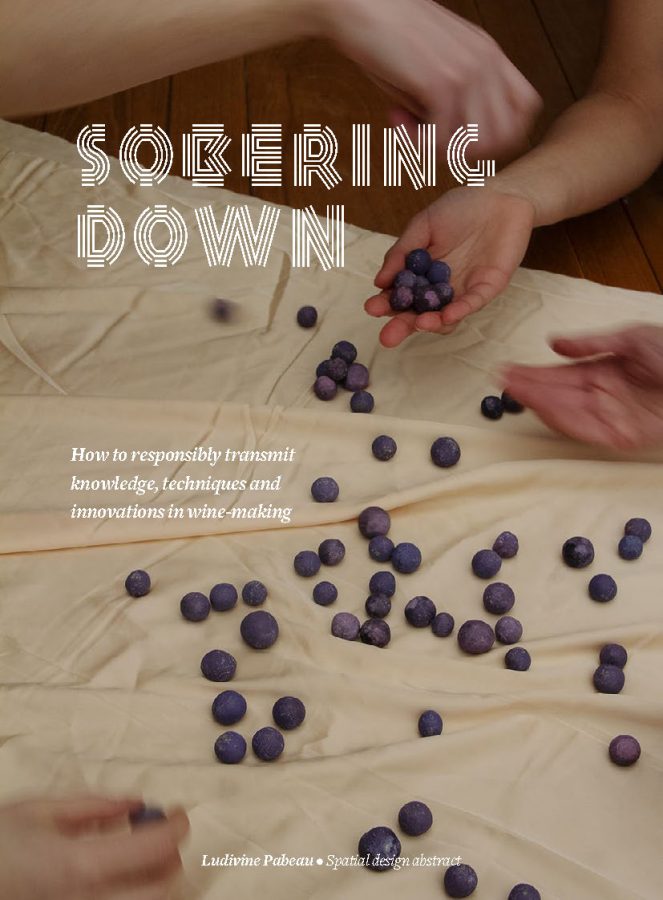 LÉA SABRIÉ, We. (hand)Write. Words, 2020
In the area of screens and instataneousness, is a designer likely to rehabilitate the work of the body and the notion of slowness ? Wouldn’t this also be an opportunity to offer a new image and impetus to the handwriting and paper correspondence practices ?
Lea Sabrie_We. (hand)write. words._2020 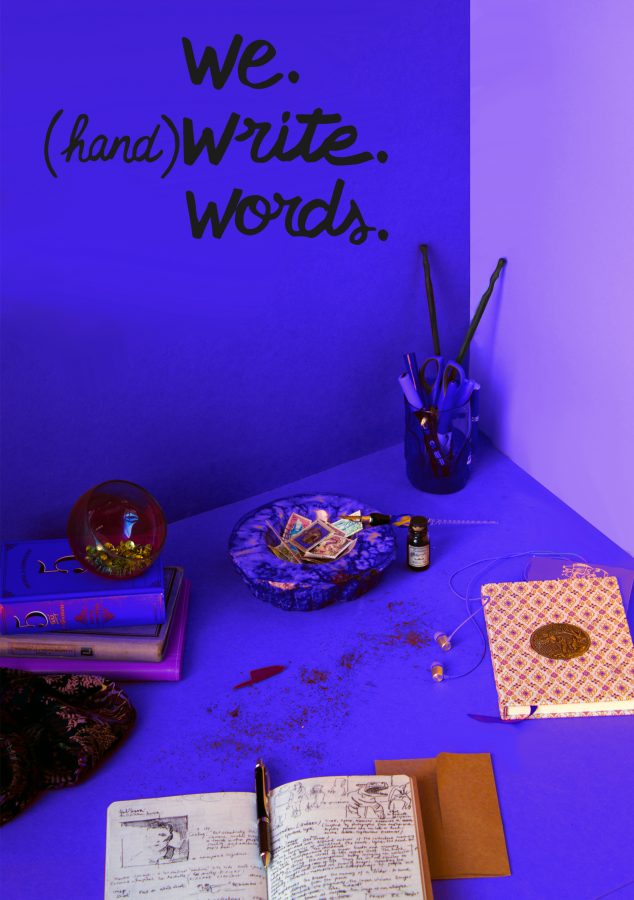 HÉLOÏSE BAL, Citizen CO-construction, 2020
How can the link between citizens, their territory and their political representatives be restored and strengthened? Is it possible to make the public space become again a political space conducive to debates and exchanges, meetings and interactions? How can the spatial designer act? On several levels, this thesis questions the power of design to influence space and, hence, the individuals who inhabit it, and its capacity to make relations between citizens and public institutions more peaceful. It aims to show how the spatial designer – thanks to her knowledge of urban spaces, her interest for users and uses, her empathy and her ability
to solve complex problems – is able to make citizens get committed to urban planning projects that affect their territory and thus provide answers to the current democratic deficit.
Héloïse Bal_Citizen co-construction_2020

QUENTIN BOUGOT, Desperate times call for modest measures, 2020
This abstract starts with the tension between the possibility of global crises to come – climate crisis, financial crisis, political crisis, etc. – and the condition of existence of the working classes. From this comes a hypothesis: is there not any form of withstanding to crises in the way working-class people live and shape their relation to the world? If this intuition was right, then the designer might have a role to play on representations that have
overlooked virtuous cultures and practices already experienced by a large part of the population.
Quentin Bougot_Desesperate Times, call for modest measures_2020 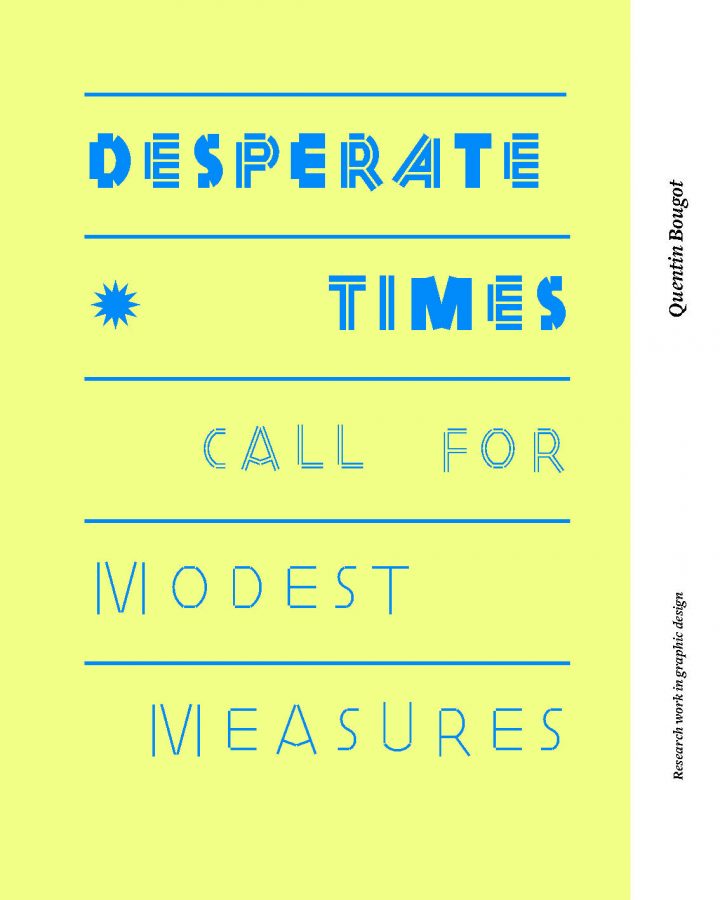 GAËLLE FOURNIER, Urban disorders, 2020
The city should be a complex system, the consequence of a collective construction by a heterogeneous community. Nowadays, however, it testifies to the global guidelines that are being introduced there and which are gradually erasing cultural habits and distinctive characteristics. What if the spatial designer had a role to play in preserving the singularities of the inhabitants and their ways of inhabiting the city ? This abstract tries to question, through the spatial designer’s vision, the tools of resistance necessary for building neighborhoods that testify to encounters, events, habits and that mirror the presence of the people who live there. What would a city look like if a designer proposed actions that disrupt the established order and allow the inhabitants to reclaim their living spaces? What degree of disorder would be necessary to resist a less and less inhabited territory ?
Gaëlle Fournier_Urban disorders_2020

ASTRID BIRET, Let’s stand up and Act !, 2020
When was the last time you read a play? Have you noticed that theatre is a particular literary genre? It’s an oral text, it’s dialogue, it’s an art of action. Just by its form, the theatre text invites people to read aloud and make gestures. The stage directions, specific to drama texts, describe the postures, gestures, actions and intonation of the actors. In order to come to life, the theatre text must be embodied by the reader. And if the lay reader is not guided at all, it is very likely that he will read theatre like any other literary genre—sitting and in silence— or not read theatre at all. Besides, isn’t it the graphic designer’s role to provide visual accompaniment? Based on this observation, how can the graphic designer, through this work on the theatrical text, stimulate our ability to move, read and act together ?
Astrid Biret_Let’s stand up and act_2020 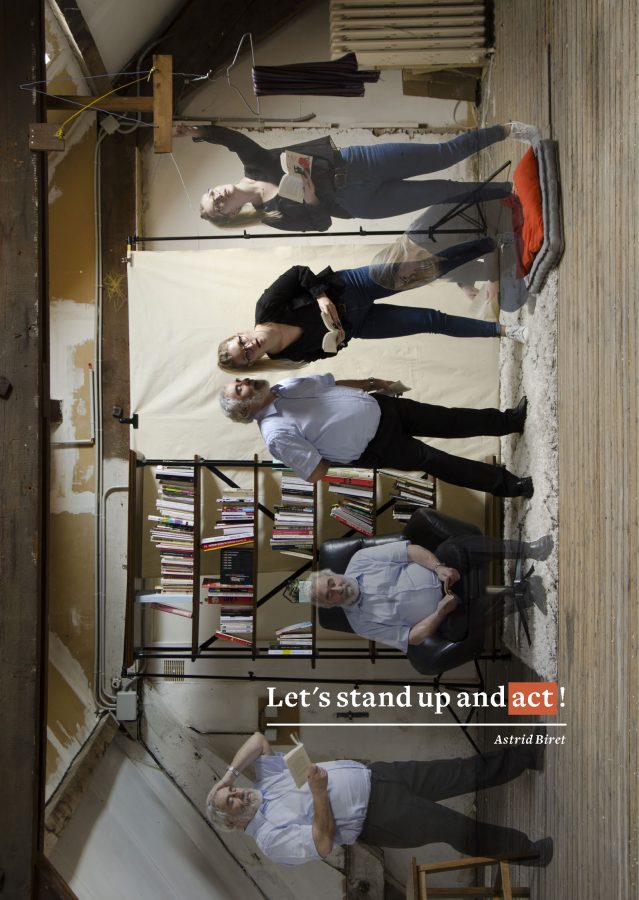 LOUISE WAMBERGUE, Decrescent dialects, 2020
We are facing an endless homogenization of culture and languages around the world. But have we clearly understood what losing all those languages means? I chose to focus on the little known, and nearly dead French linguistic area, named the Croissant and its particular interest. In this abstract, written in English, I want to emphasize some parts of my research, such as otherness, but also identify and question what is done, in the Graphic design field, about disappearing languages around the world, to be able to position myself in this landscape.
Louise Wambergue_DeCrescent dialects_2020 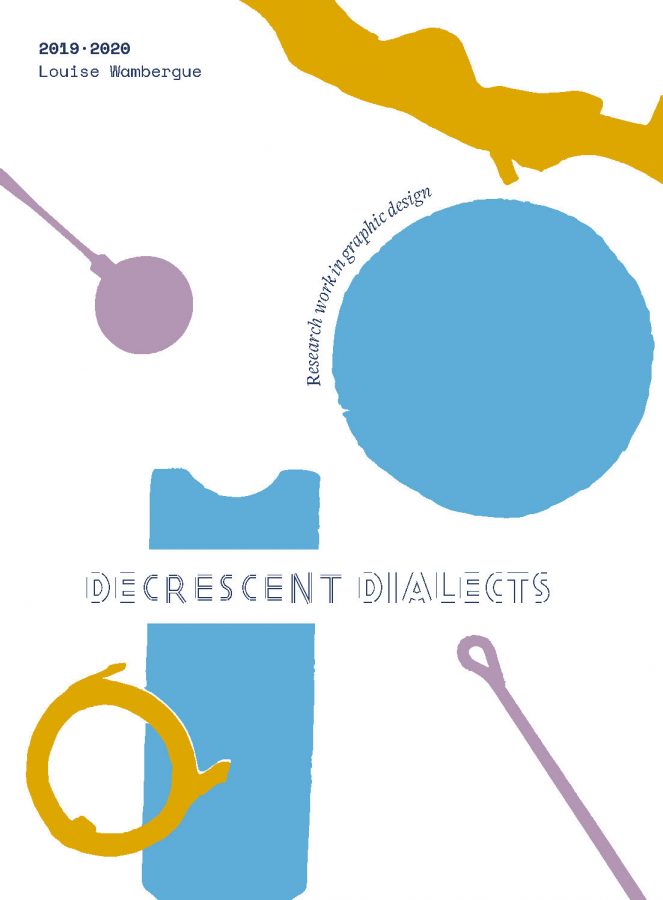 CLARA MORICHON, ALEABORATORY, 2019
Can the aleatory be a way to disrupt prevailing models by revealing some virtues of discomfort ? Can it become a preparation tool for us to experiment de-growth? This is the opportunity for us designers, to endorse our ethical responsibility and stimulate society’s transformation towards sobriety and cooperation.
Clara Morichon_Aleaboratory_abstract_2019 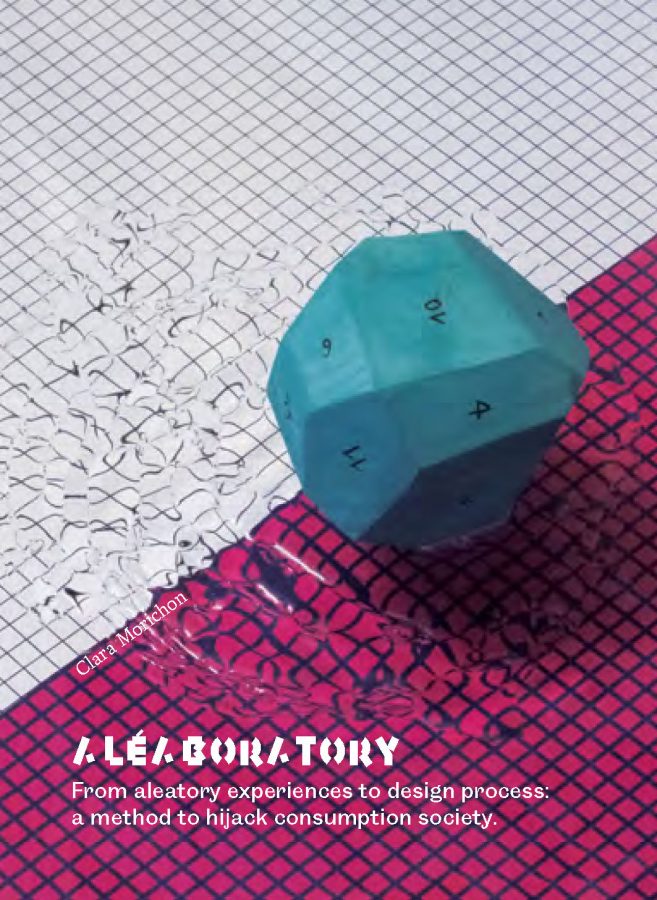 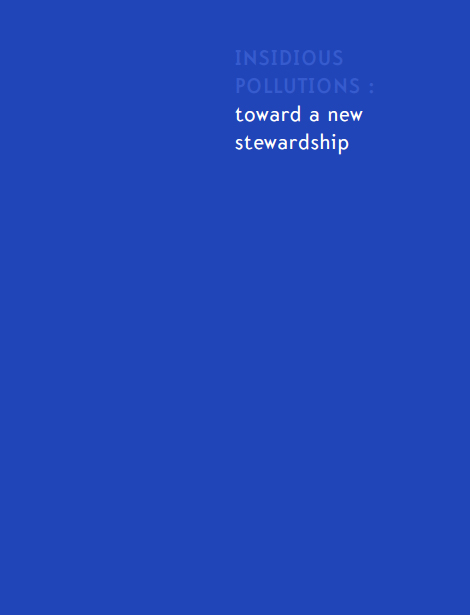 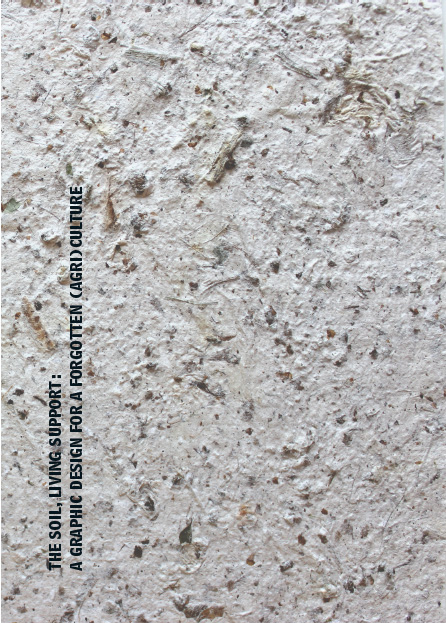 LÉONIE BONNET, Users involvment : for better cookery practices, 2018
This abstract questions users’ involvement in cooking through their gestures, and cooking as a physical act which raises consciousness. The aim for designers is to rethink the experience of preparing meals in order to make users interested in.
Leonie Bonnet_Users involvment for better cookery practices_2018 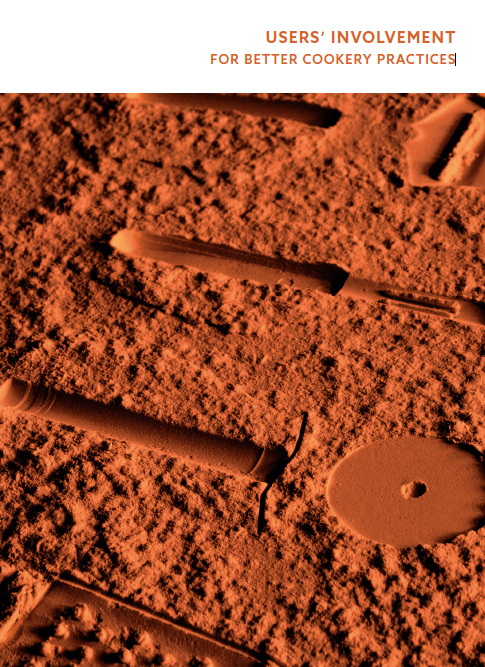 CAROLINE ANGELVY, Grow Art ! , 2018
The aim of this abstract is to compare the French situation with the English one about the establishment of an art and cultural center in an average secondary school.
Caroline Angelvy_Grow Art_2018 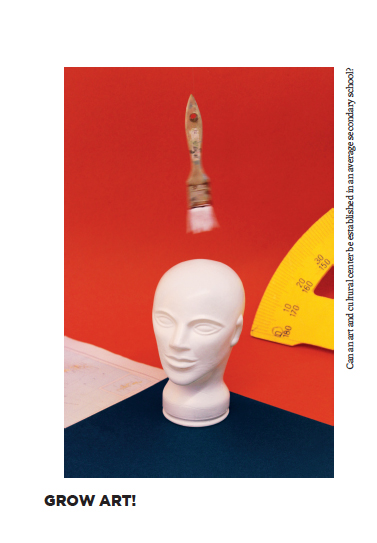 MANON ALVES, Animals on the fringe of society, 2018
Urban animals are differently considered according to cultures. The designer has to examine how they are considered in other countries in order to propose a harmonious coexistence between city dwellers and urban animals. Indeed, urban animals have potentialities which the designer has to highlight and take into account if he wants to propose a common ground for both.
Manon Alves_Animals on the fringe of society_2018 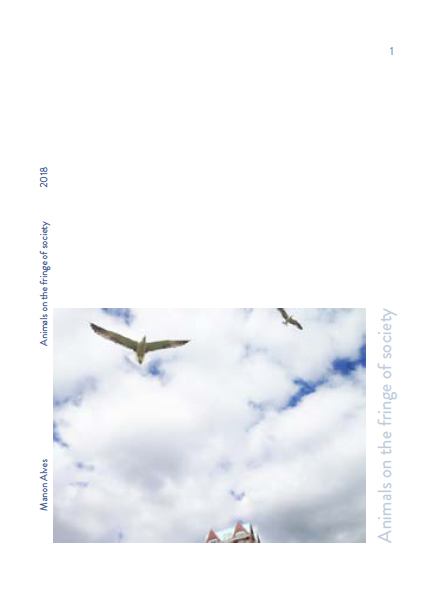 OCÉANE BOQUET, Lexical muse : musical dyslexia, 2018
Speech therapists correct difficulties for dyslectics to communicate in a conventional way. But couldn’t the real goal for a designer be to help to develop personal abilities of each dyslectic ? Couldn’t he help and be the link between dyslectic and non-dyslectic people ?
Oceane Boquet_Lexical muse musical dyslexia_2017 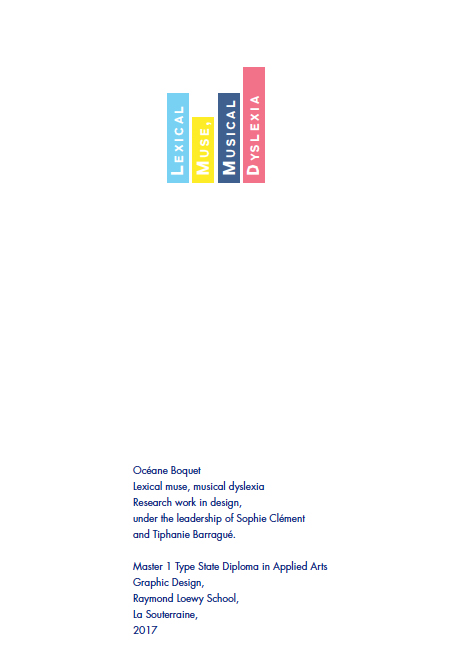 SARAH DUCARRE, Everything must disappear, 2017
With the humanitarian crisis, a lot of people live in camps, in which the living conditions are most of the time deplorable. How can designers meet the issue of waste management in transit camps to improve the living conditions of migrants and the environmental impact of camps ?
Sarah Ducarre_Everything must desappear_2017 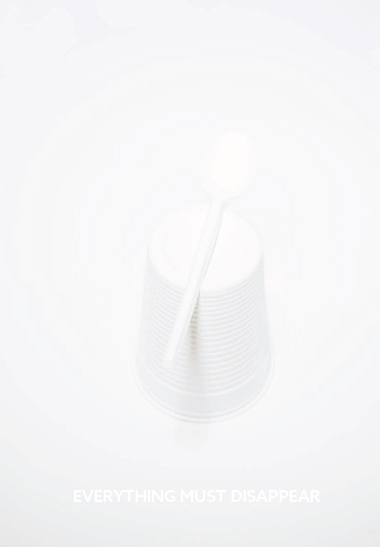 VALENTINE CAVAREC, In search of… the lost season, 2017
Considering food gets so much media attention and that the space and time of food production have been denied, is it possible for a graphic designer to challenge such a trend by introducing reference points into our food diet ?
Valentine Cavarec_In search of the lost season_2017 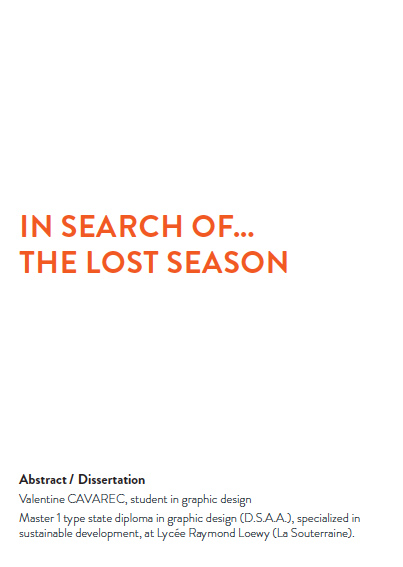 MARTLOU PETOT, Interlude, 2016
Can designers divert people from urban over-stimulation by a new design effect that would be both punctual and durable ?
MarylouPetot_Interlude_2016 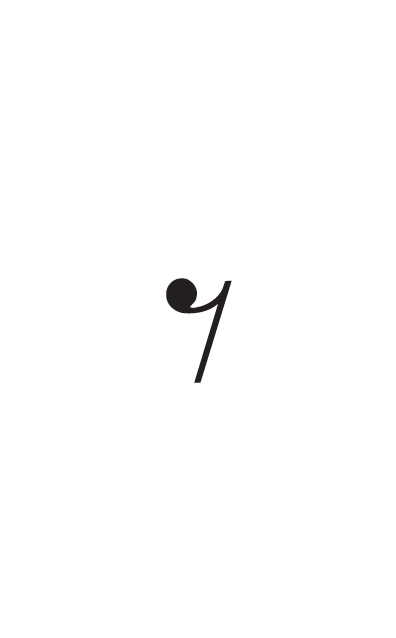 ALEXIS QUESSARD, A virtuous abandonment, 2017
Designers must create a new alternative for abandoned objects. Managing individually the end of life of objects could be a solution in order to change the act of discarding into something positive, expiatory and responsible.
Alexis Quessard_A virtuous abandonment_2016 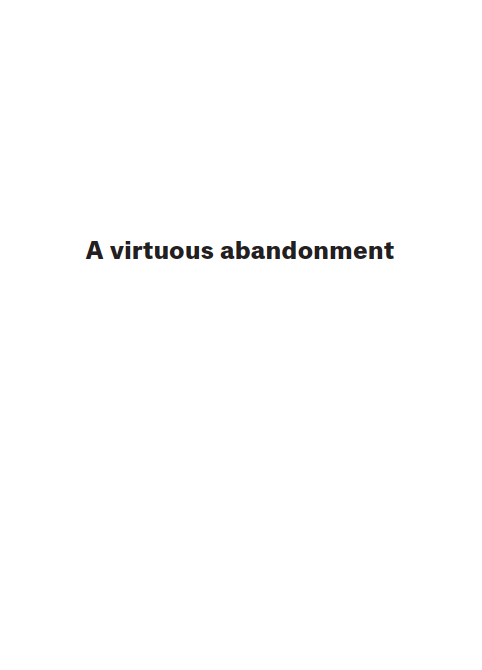 ADRIEN FUCHS, You are invited, 2017
It may be up to the designer to invite people to the dinner table to question their choices in order to construct an event during which everyone could learn how to be together.
Adrien Fuchs_You are invited_2016 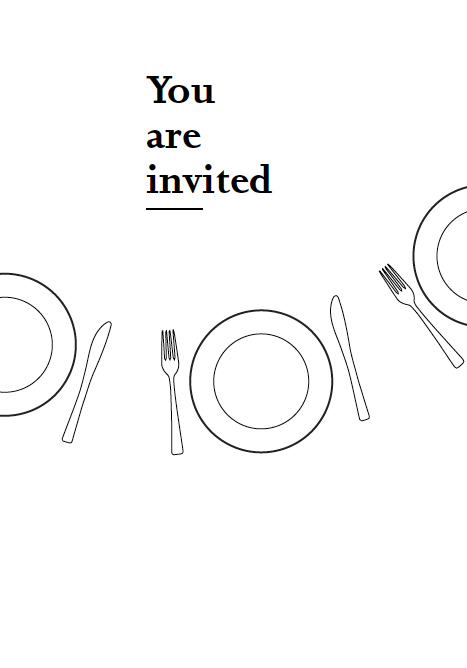 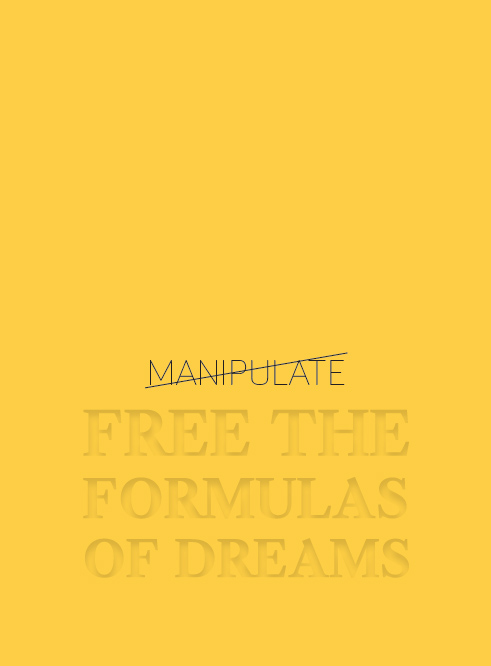 ÉLISE NOËL, Natural chronology, 2015
Because this notion of naturality deals with our body, the symbol used has to be physically close to us : so, jewels are symbolic objects that could express our own natural. They could appear during an important step of life, when it is fundamental to understand that life doesn’t exist without death.
Elise Noel_Natural Chronology-2014 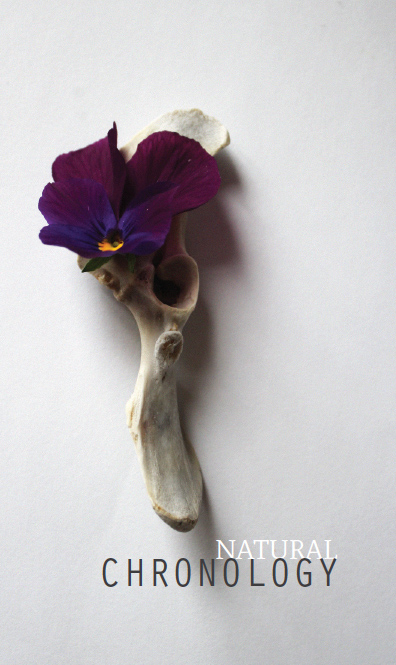